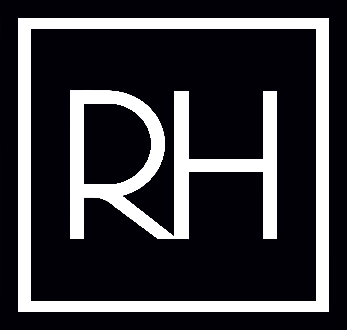 Give us a Call

Send us a Message

What you need to know is that it's the most common spinal disorder in children and adolescents.

A disease of the neuromuscular skeletal system, presenting with a lateral curvature of the spine greater than 10°, usually combined with a rotation of the vertebrae and most often a reduced kyphosis in thoracic curve.

1 in 20 adolescents have some form of scoliosis.

That makes it common.

Chiropractic BioPhysics (CBP®) is currently the most researched and scientific chiropractic technique.

Consisting of mathematicians, engineers, medical doctors, doctors of chiropractic and even a rocket scientist, the research team has thoroughly studied all aspects of the chiropractic experience for reliability, validity and consistency of spinal correction.

The CBP® technique has been published in nearly 150 prestigious medical journals and publications, such as Spine and The Journal of Rehabilitation Research and Development.

Dr. BJ Palmer hypothesized that scoliosis is prevalent in 20-30 percent of the population.

A bend in the spine.

This is typically seen as one is bending over, making the spine and the ribs more prominent

A loss of the normal curves of the spine in the sagittal plane (side view).

This could be noting excessive slouching when sitting, or excessive forward head posture (when the head lays in front of the shoulders) Although existing since time began, the causes of scoliosis are generally unknown.

The National Health Service states that 80% of scoliosis has no known cause, or is idiopathic.

Based upon the patient’s age and when the diagnosis took place, there are 4 types of scoliosis.

Infantile Idiopathic Scoliosis:  This is when the diagnosis was present from birth – 3 years of age.

Adult Idiopathic Scoliosis:  This type of scoliosis often starts with a small curve during the teenage years that progressed sometime after skeletal maturity.

Nervous System Stress, Tension or IrritationScoliosis caused from Nervous system stress or tension is a situation where there is either a tight, inelastic, or tethered spinal cord.

The nerve roots or meninges are the main initiating factor causing the spine to rotate down into double helix type of shape like in DNA.

Nervous System Tension is likely the most common root cause of scoliosis in general.

If there is rapid progression of one’s scoliosis, and has been deemed idiopathic, then most likely it has some sort of nervous system tension as the primary cause.

Scoliosis caused from nervous system tension is the body’s way of adapting to its environment.

Surrounding the spinal cord is a sock like covering called the meninges.

Nervous system tension can happen from the spinal bones out growing the spinal cord, resulting in stretching of the cord, from a tethered spinal cord; a condition from birth which causes the entire spinal cord to be pulled noticeably lower, or a loss of the structural integrity of the spine.

Structural CausesStructural causes of scoliosis are very common and only cause a mild to moderate non-progressive curves.

An example of a structural scoliosis would be due to something called a “Hemi-Vertebrae”.

A hemi-vertebrae is when one or more of the vertebrae are asymmetrically formed from birth.

This causes the spine to grow and progress on an unstable foundation, resulting in a structural scoliosis.

Another example is when one leg grows a little longer than the other.

With the sacrum bring the base of the spine, this causes it to become unlevel, so when the sacrum tilts the spine will tilt with it.

As a result, a mild and sometimes moderate scoliosis can be the result.

Ligament damage or laxity from trauma, degeneration, or even the birthing process can also be a key contributor to structural scoliosis.

If main stabilizing ligaments of the spine have become damaged or torn, the vertebra may become unstable and tilt in response, creating a scoliotic curve.

Pathological CausesIn these conditions, there is a breakdown either in the body’s control system (the brain) or the nerves that connect the brain to the muscles, or the muscles themselves cannot work correctly.